The American Legion Oratorical Contest exists to develop deeper knowledge and appreciation for the U.S. Constitution among high school students. Since 1938, the program has presented participants with an academic speaking challenge that teaches important leadership qualities, the history of our nation’s laws, the ability to think and speak clearly, and an understanding of the duties, responsibilities, rights and privileges of American citizenship. The program has featured numerous politicians and prominent contestants over the years, including former presidential candidate Alan Keyes, national television commentator and talk radio host Lou Dobbs, and former U.S. Vice President  Mike Pence.

High school students under age 20 are eligible. Competition begins at the post level and advances to a state competition. Legion department representatives certify one winner per state to the national contest, where department winners compete against each other in two speaking rounds. The contest caps off with a final round that decides the three top finishers.

Speaking subjects must be on some aspect of the U.S. Constitution, with some emphasis on the duties and obligations of citizens to our government. Speeches are eight to 10 minutes long; three- to five-minute speeches on an assigned topic also are part of the contest. 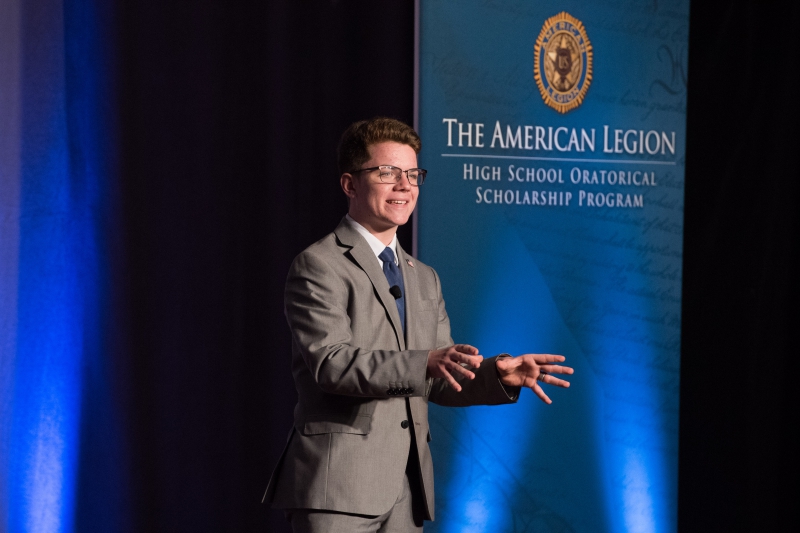 Under age 20
About Crimson Education

Tap into our network of 2,300+ tutors, mentors and consultants - students or alumni from the best US and UK universities - that live and breathe the success you aspire to achieve.