In each of the video, we go through sample questions and techniques to solve the IOL problems using logic. IOL problems first seem to be impossible; however, when we delve deep into it, solving using basic logic reasoning, it won't be that hard. We wish to break the stereotypical idea that linguistics is such an odd, perplexing and unusual subject; indeed it can apply to all aspects of society, whether it is communication, AI, data science or English. We also create videos of different languages and fun facts.

Come and join us in making videos at Logicaling where we can explore the realm of linguistics.

One video (at least 5 min)  per fortnight

Write us an email telling us a little about yourself and why you would like to be part of our team? 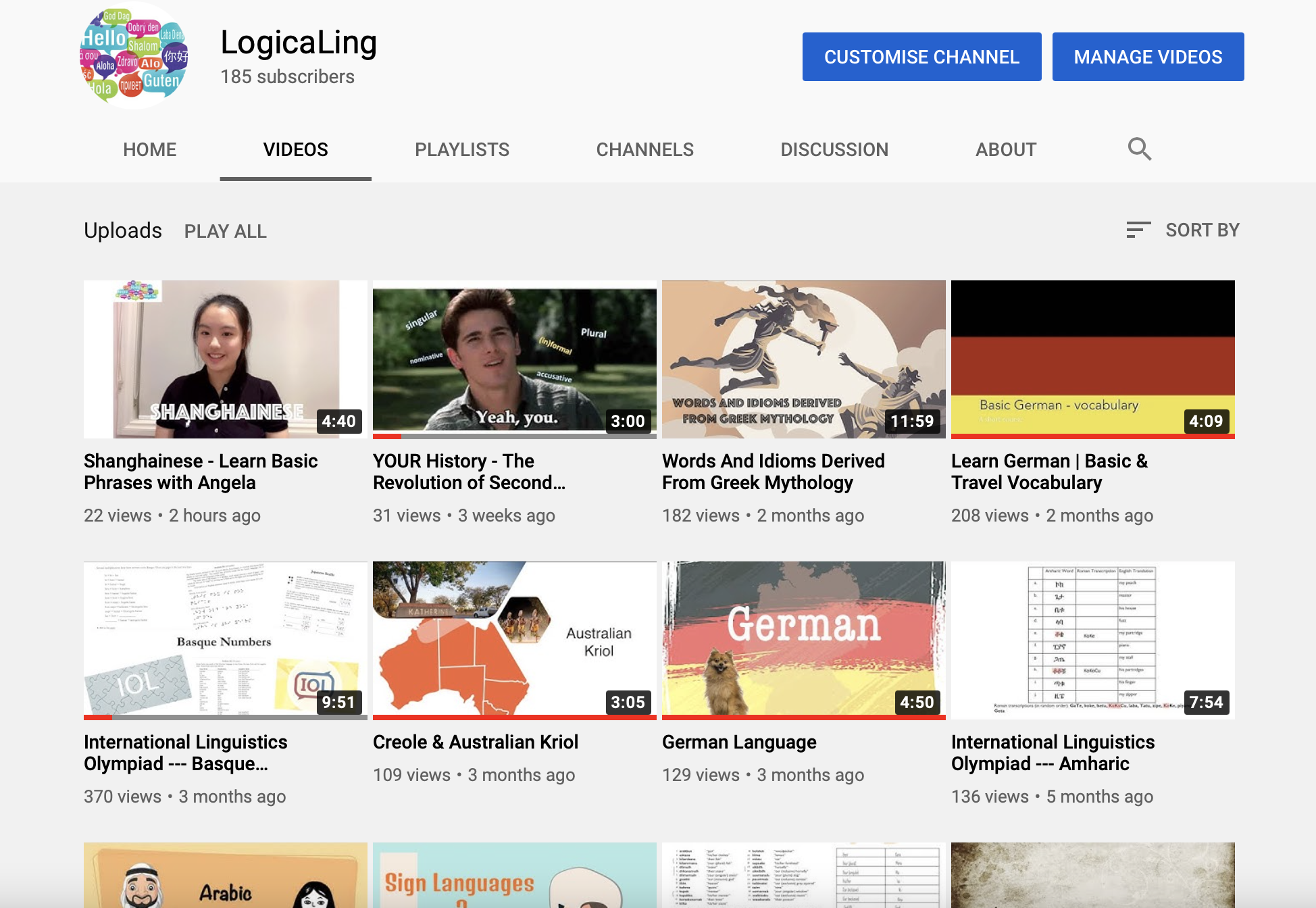 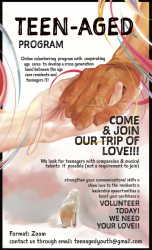 The Teen-Aged Youth Organisation was initiated when the coronavirus pandemic was raging in Melbourne. Aged care residents cannot meet their family nor be able to enjoy the accompaniment of volunteers. As a member of the Melbourne Greater Community, I hope to do something for the age care residents, so I founded the Teen-Aged Program that aims to develop a cross-generation bond between the age care residents and teenagers as well as a way for young adults to give back to the community. Little performances, conversations and companionship mean a lot to the residents as they barely see young children and have the chance to talk to them. While showing love to the residents, you will have the opportunity to host the session with the elderly, develop your communication, organization and leadership skills, and enhance self-confidence. So come and join our trip of love and actively participate in this extraordinary volunteering event!

In this program, you’ll have numerous leadership opportunities and will strengthen your communicational skills and boost your confidence and show love to the residents.

We look for teenagers with compassion and musical talents if possible (not a requirement to join).